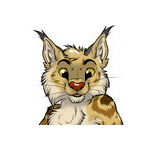 Captain: Hassat Hunter. Level 53. Will only be improved during the next sale (as only then I craft badges).

Captain Log, Date: 4 November 2015. Captain level has been raised to 54 due to unexpected bonus 300XP from community badge. Additional badges crafting is still on hold till the christmas sales. There are quite a lot waiting to be made by now. Still selling those of games I dislike though.

Captains Log, Date: December 2015. Holiday cards where released into the wild, which urged the captain to hunt them down. This exercise raised his captain level to 63, with potential more to come around the line (potentially). Little dissapointed that crafting 55 badges gives such a minor increase in levels though... I might be done with in the future except for games I really like, especially with that @#$@!$ escrow system live.

Level 66- The useless ones due to Marketplace ban

Retrieved from "https://steamtradingcards.fandom.com/wiki/User:Hassat_Hunter?oldid=344280"
Community content is available under CC-BY-SA unless otherwise noted.